Japanese paper made from hemp, which is the oldest raw material for paper in Japan, is textured with a technique called “mizuuchi”, colored, and silkscreen technique is used to transfer and finish the five major Kokuzo Bosatsu, a national treasure of Japan. the work.
Void means “a place where everything exists”.
It is said that the Five Great Kokuzo Bosatsu, a national treasure of Jingoji Temple, is a Buddhist statue carved in the 9th century.
Initially, it was painted in five colors, but now it has almost peeled off, and the coloring at that time remains.

A work that expresses the sacred world as a new form by fusing ancient things with modern technology. 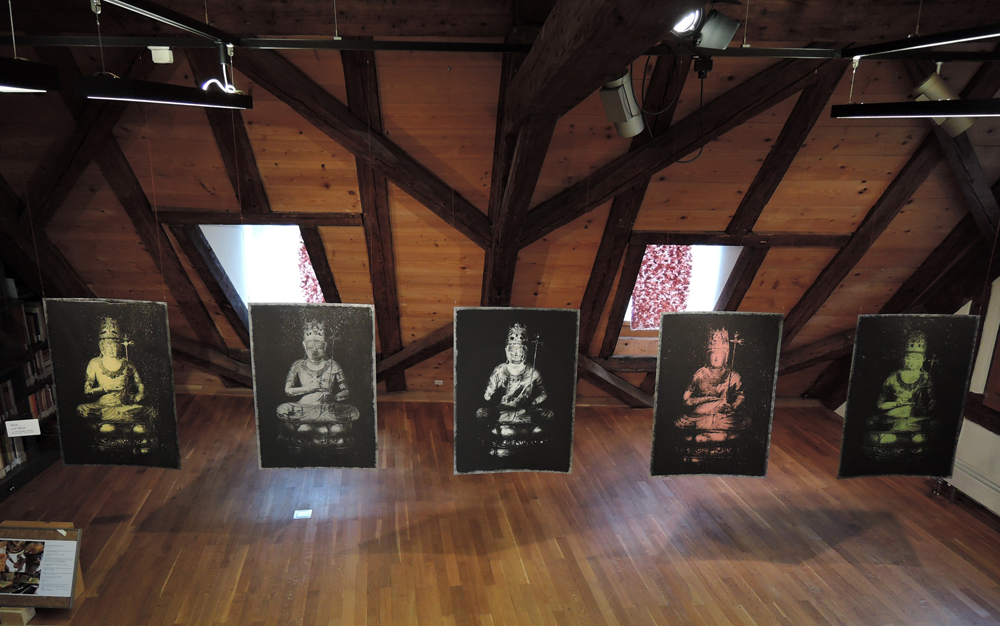 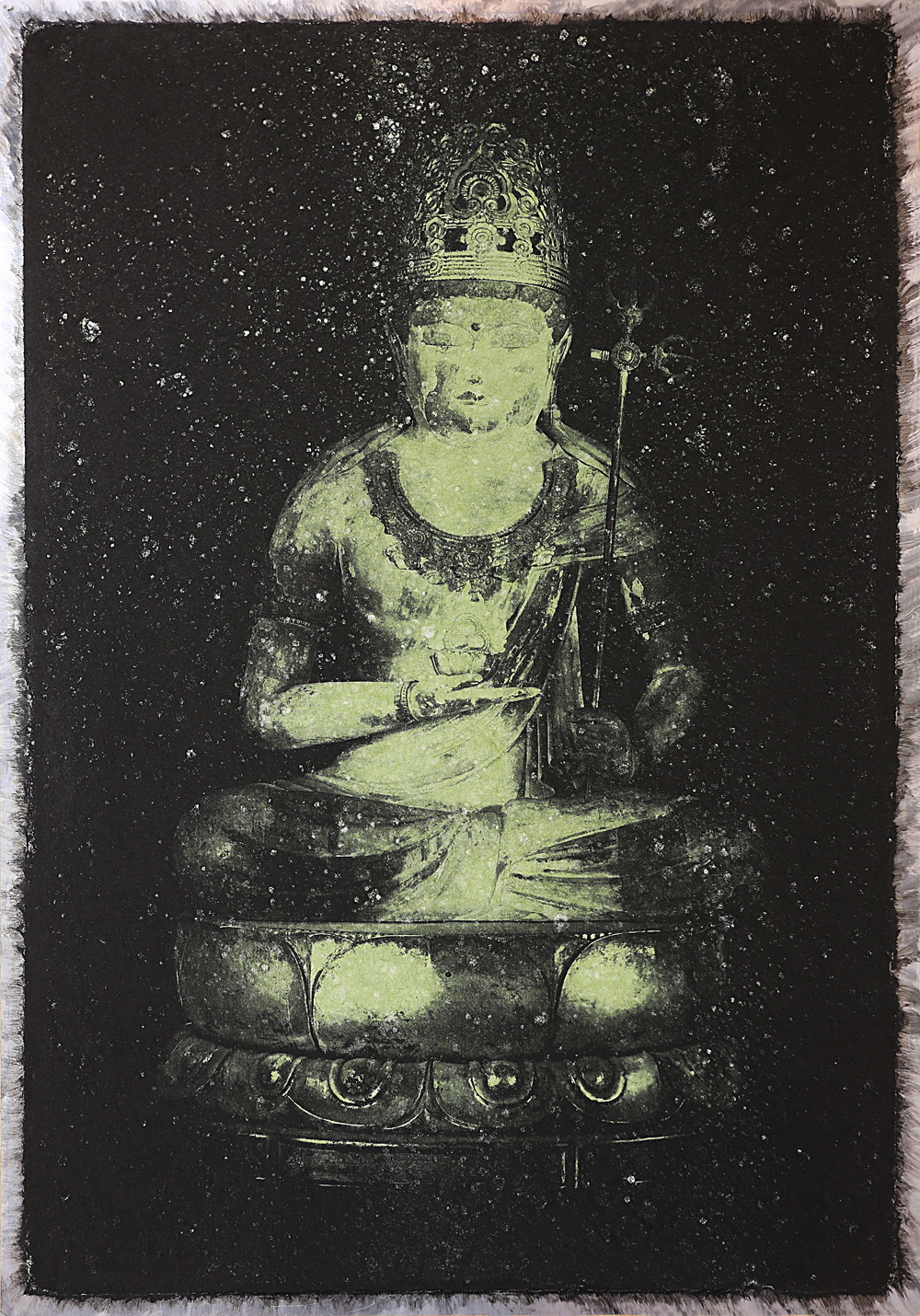 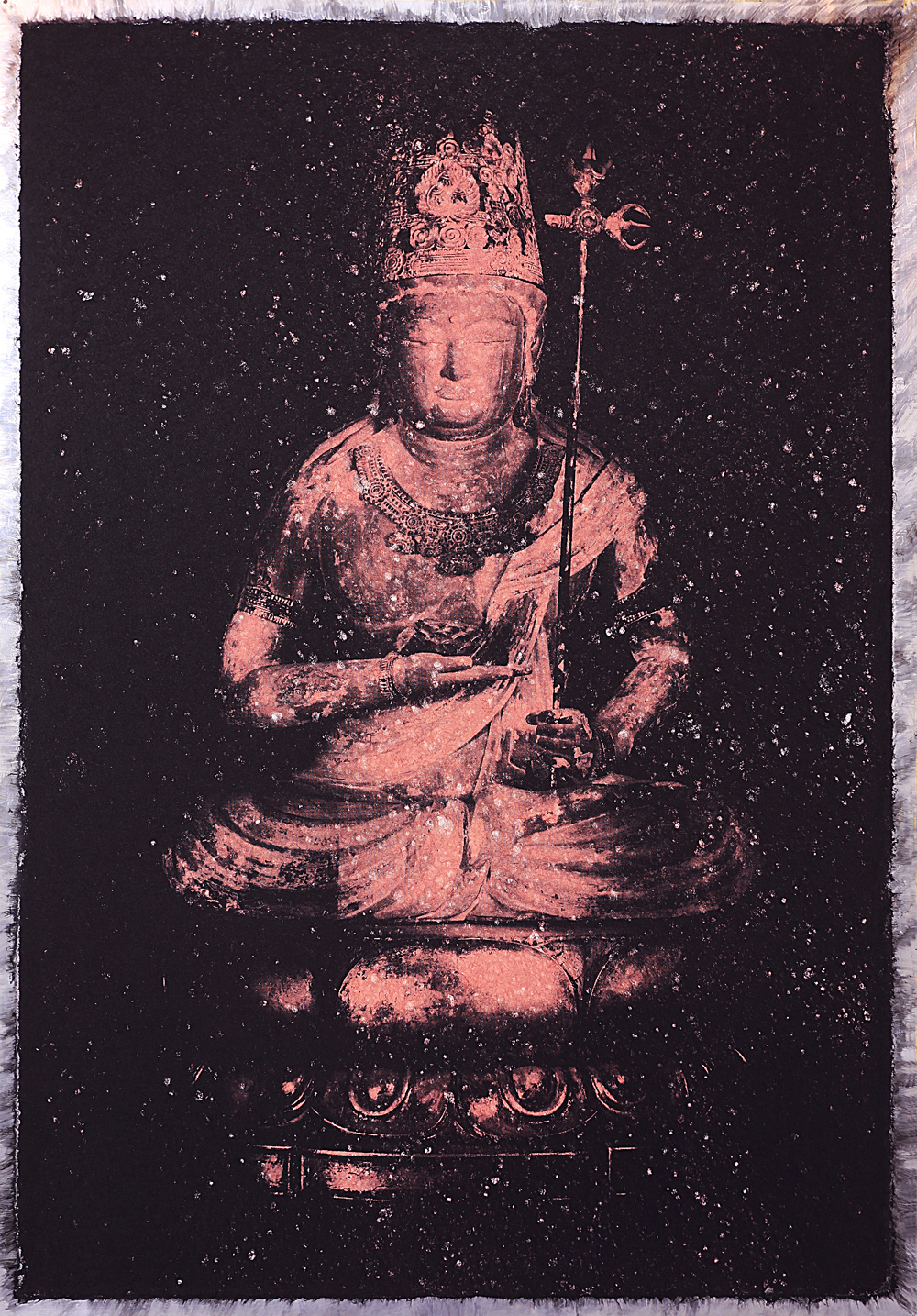 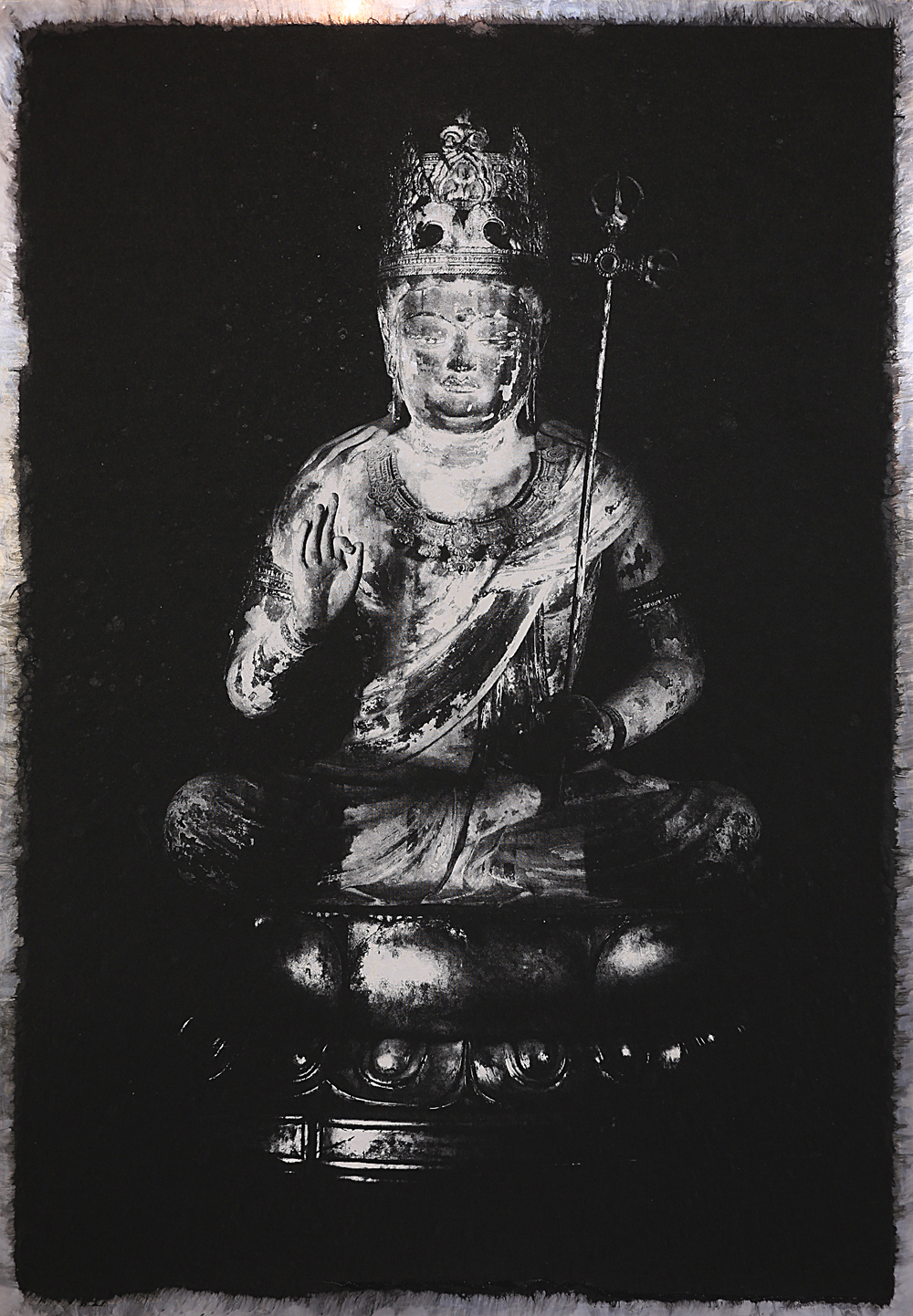 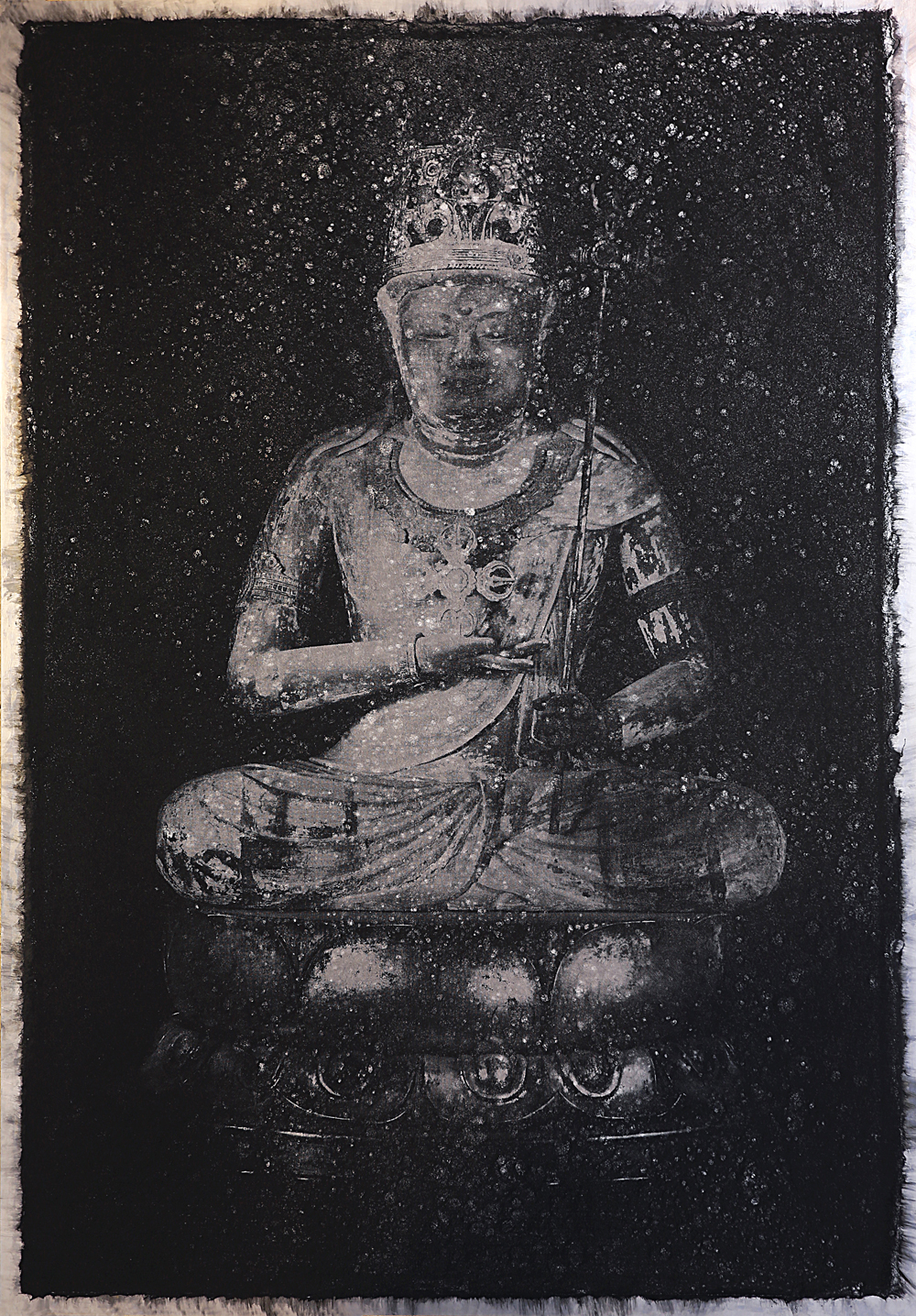 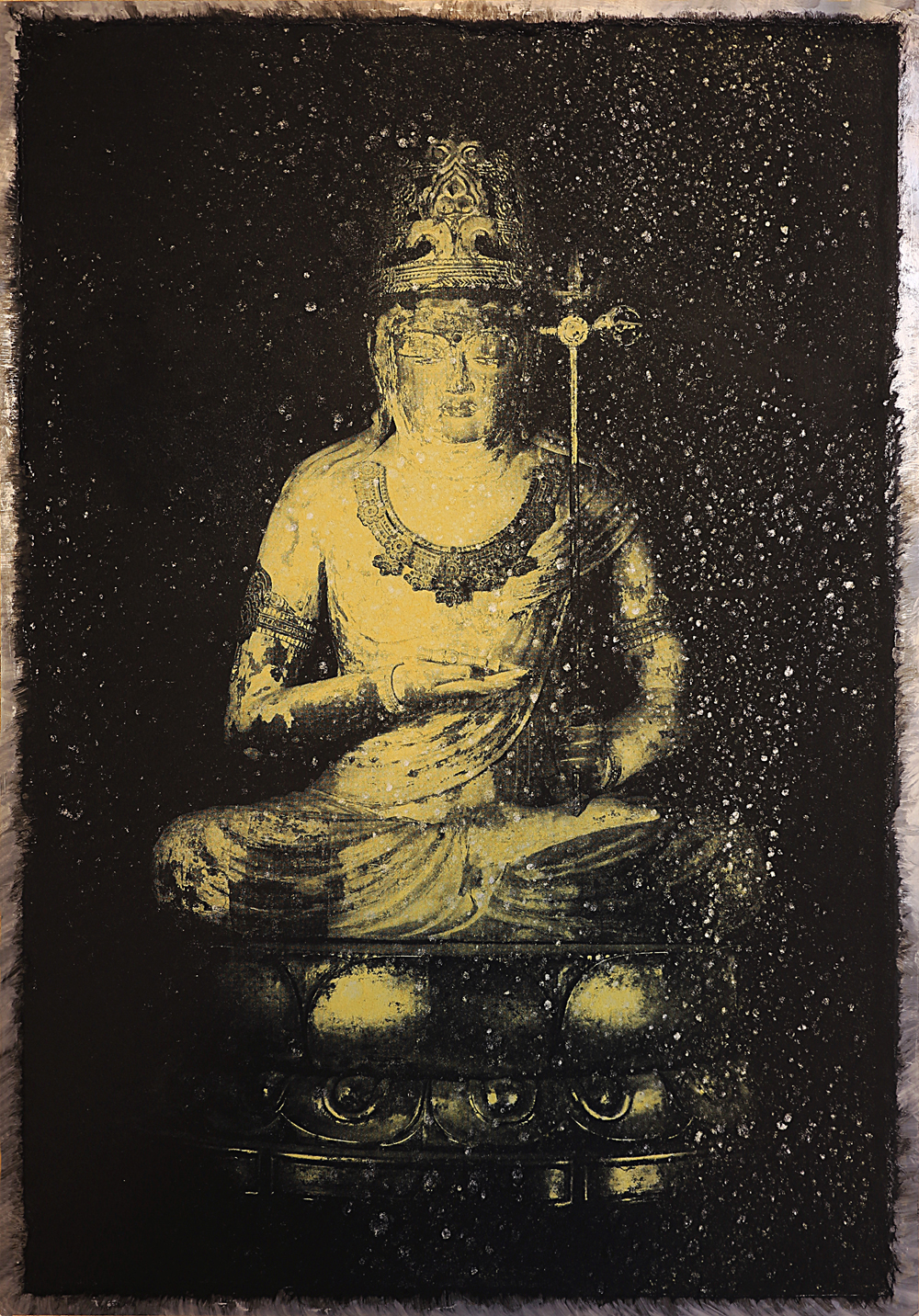 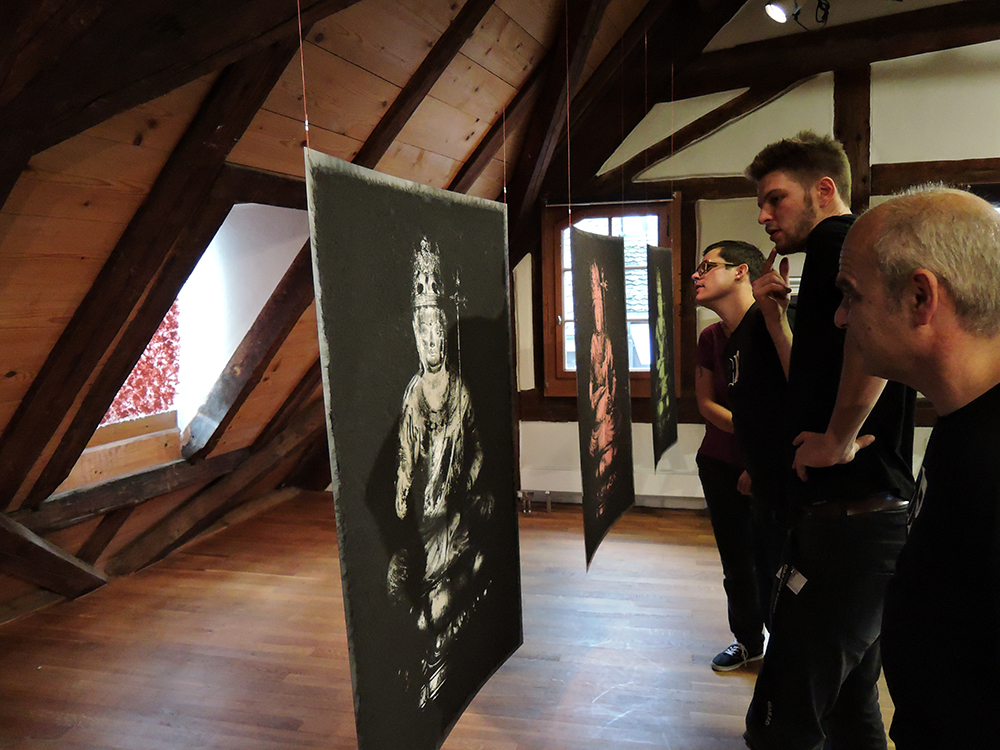 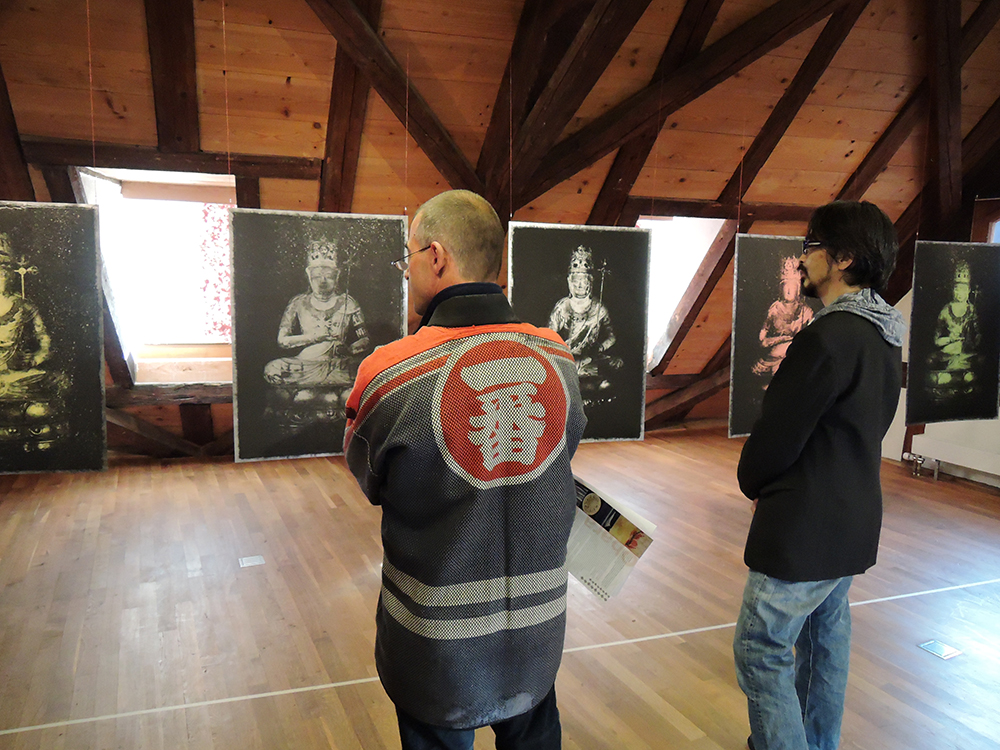 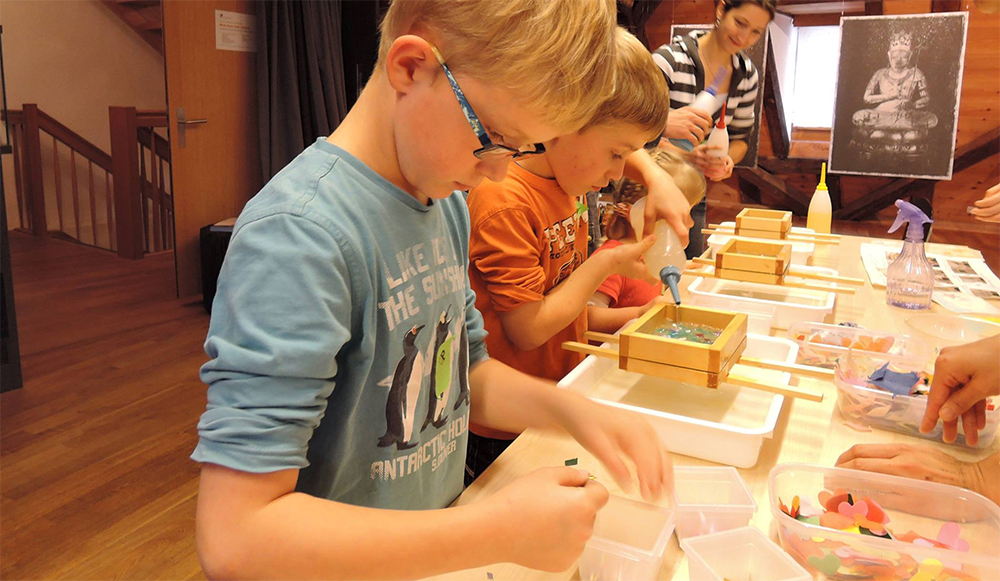 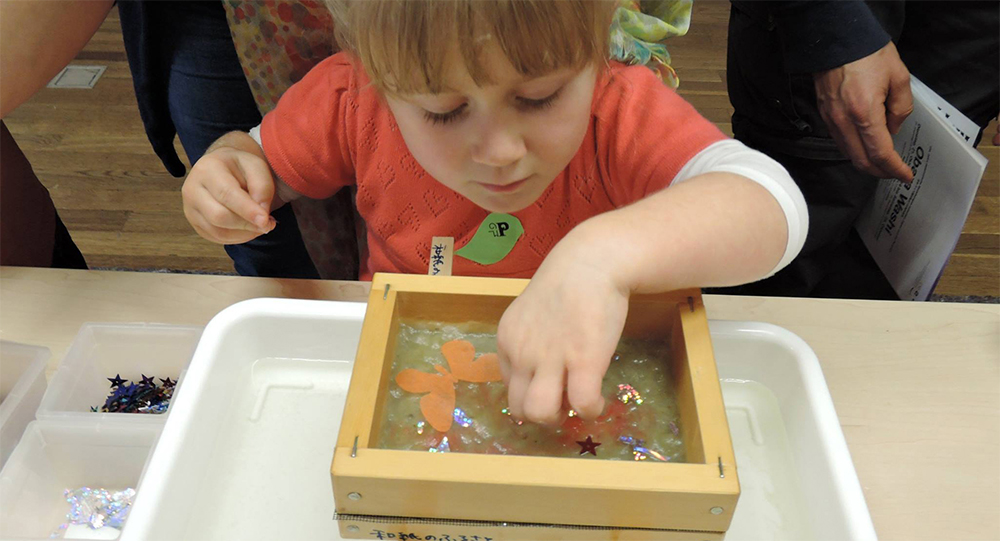 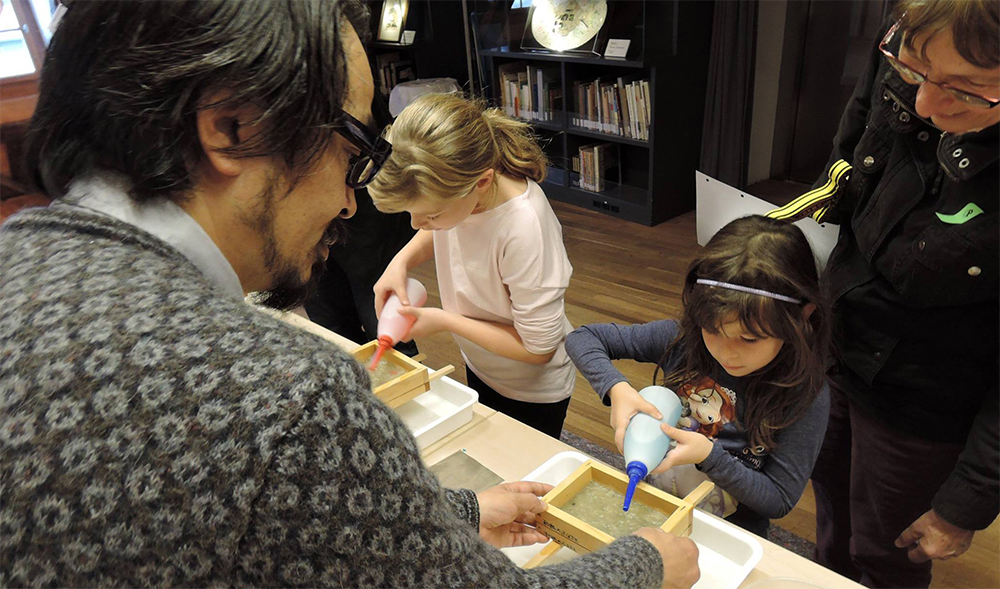